Drones – a new and safer way to inspect buildings

Drones, or unmanned aerial vehicles (UAV), to give them their correct title, are not a new concept, though their popularity has seen a rapid growth in the last ten years. 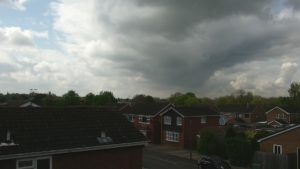 They are generally associated with military purposes and it was for military use that they were originally conceived. I’m sure you would be surprised to learn that the first use of drones was in 1849 when the Austrian army launched 200 incendiary, balloons at Venice, needless to say, most missed the target as the wind direction changed.

It wasn’t until the 20th century and advent of powered flight and focussed on providing moving targets for gunners. The real leap forward came in the 1950’s with radio-controlled aircraft and further advances have brought us to today where, pilots located halfway round the world, fly drones that can give real time information and be commanded to fire on an unwary target.

We are all familiar with drones, they regularly feature prominently on the news but what I’m more concerned with a relative to the scene, the much smaller, and therefore much more relevant, the Miniature UAV.

There has been an explosion in the popularity of this type and are readily available to even the smallest of budgets. Those flown by hobbyists can be controlled by an app on a mobile phone.

It is the slightly larger ones that are of real interest to businesses and health and safety in particular. Thers are a class of drones that are capable of carrying a moveable digital camera which can be controlled from the ground.

The ramifications with regard to health and safety are huge. To begin with, a drone can reach parts of a building that are hitherto difficult to access, and in some instances almost impossible to access. In the hands of a skilled operator, a drone is small and highly manoeuvrable, and the camera is able to zoom in to provide detailed close-up images.

I recently had the pleasure of seeing a practical demonstration of drone capabilities from Paul Bromfield of ABP Drone Solutions.

He has a wealth of experience, is approved by the Civil Aviation Authority, and is fully compliant with the CAP722 regulation, which is the primary guidance document for the operation of unmanned aircraft systems within the UK. It is intended to assist those who are involved in all aspects of the development and operation of UAS.

He was a number of drones to suit various purposes and they are all capable of achieving high altitudes but in accordance with the legal requirements, they are never flown higher than 120 metres, just under 400 feet.

After carrying out a risk assessment before commencing the demonstration, Paul cordoned off and secured the area his drones would be taking off from and landing on for which each drone had a small landing pad. First up was the smallest in his arsenal; before he moved to all I can describe as an intermediate UAV, which is the same model used by the Police and Emergency services.

It was equipped with both a normal camera and an infrared camera. When used as a search tool, infrared is great at finding missing people at night as it detects body heat.

For the purpose of the demonstration, it was focussed on a building and showed all the cold and hot spots where heat was radiating off it and escaping the. Building. 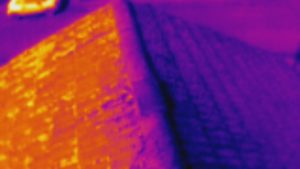 Controlled by Paul, the drone provided video of the flight and also the capability of the still images, all of which were recorded.

Then it was onto his large drone and this was a sight to behold. Watching it take off from its’ landing pad and hover around five feet from the ground while he checked everything was okay merely set the tone.

He then instructed it to fly up to its maximum permitted altitude, which was rapid and then I was able to see its full capabilities. The 30x zoom homed in on the roof top and as the magnification increased, all the imperfections came sharply into focus.

Still images were taken so these can be reviewed properly later, as well the full video being recorded. It opened my eyes up to all the possibilities, especially when it comes to building inspections.

Normally, whenever a building would require an inspection, especially the rooftop, which is working at height and has its own regulations governing it, all of which can be very costly and very time consuming.

By using drones, the inspection can be completed in less than a day and the evidence it provides can be reviewed to see if remedial work is required from the safety and comfort of the desktop without any risk of injury. Furthermore, it is far more cost effective, negating the need for costly and unsightly scaffolding.

For more information, contact ADL Associates, or to see Paul’s drones in action, why not visit the ABP Channel on YouTube.

Everyone has safety questions...what's yours?

Subscription Successful! Keep An Eye Out For Our Email!